[Podcast] A Review of Rand Fishkin's Book "Lost and Founder" 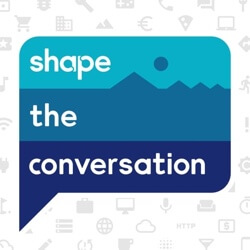 In his book "Lost and Founder", Rand Fishkin chronicles his journey leading Moz.com from the early days, through raising ~$30 million from investors, to ultimately leaving the company he founded.

In this episode, Nicole and Jon discuss what resonated the most with them after reading the book. They discuss their thoughts on Rand's "startup cheat code" and how that did/didn't align with their experiences in the startup world.

With an emphasis on empathy, vulnerability, and transparency, Rand's writing style allows readers to see the good, the bad, and the ugly of his experience.

Rand is undoubtedly one of the most pivotal figures in modern digital marketing. Moz's early success set them on a path of raising ~$30 million dollars from venture capitalists and forever changing the company to focus on software. Rand writes about his struggles coping with this new phase of the business and what he'd do differently.

One idea that stood out to us was the concept of a "startup cheat code".

Rand's best advice for starting a company is to solve a problem you have yourself. That's the cheat code. This way you know what to build early on and have the validation of at least an audience of one. We can echo this sentiment because our platform is built to solve problems our team saw first hand in our careers. Early on, this was a huge advantage when building new features.

Other concepts, ideas and events of the book we discussed:


We commend Rand for his "painfully honest guide to the startup world." It can't be easy to describe in detail some of the toughest moments of your life. It will be fascinating to follow the journey of Rand's new company SparkToro and see how he adjusts.

If you want another perspective on the same story, Rand's wife Geraldine DeRuiter wrote "All Over the Place: Adventures in Travel, True Love, and Petty Theft".